$6.95
SKU
DIG1810
DIG October 2018. Mighty Acropolis! Majestic Parthenon! Contests between gods! A city whose people influence the path of Western Civilization! And it’s all in this issue on Athens!
Skip to the end of the images gallery 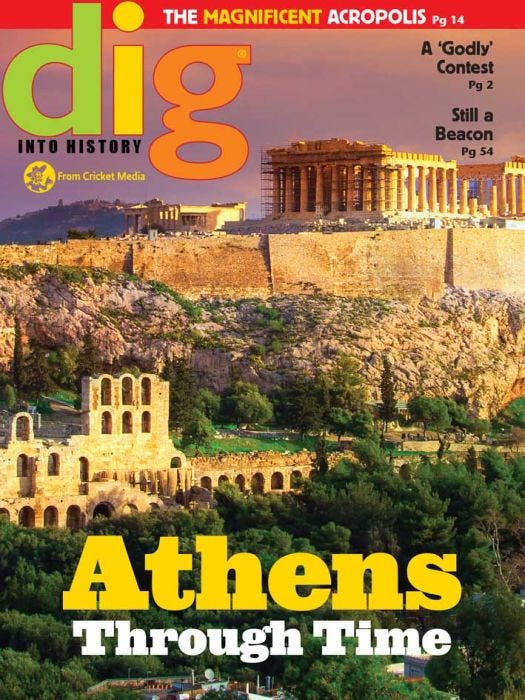 Travel to time of Themistocles! Ancient Athens influenced modern America in many ways from architecture to our administration. With this historical edition of DIG Magazine, you and your kids will visit the Greece of centuries ago to learn how the citizens lived, learned, and ruled.

Get to know the first philosophers, the steadfast soldiers, the original orators, and the grandfathers of modern government. From well-known Ancient Greeks, such as Plato, Socrates, and Alexander to lesser-known but equally impactful figures such as Herodes Atticus, Pausanias, and Cleisthenes, you’ll see the entire story of Ancient Greece play out—along with the development of many modern inventions such as the computer!