COBBLESTONE Magazine October 2022. The sixth President of the United States of America, John Quincy Adams, sometimes gets overshadowed by other Founding Fathers. 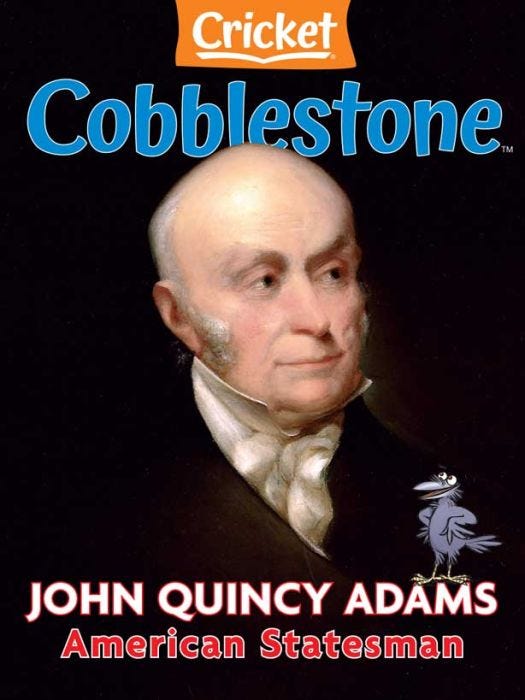 The sixth President of the United States of America, John Quincy Adams, sometimes gets overshadowed by other Founding Fathers, but as you’ll see in this edition of COBBLESTONE Magazine, he played a big part in the fight against slavery. Get to know how his early life gave him a remarkable foundation for his political aspirations, and how he grew into a key political figure, serving not only as President, but also as a diplomat, a senator, and a member of the House of Representatives. With games, historical articles, and images, and plenty of fun (JQ used to swim naked in the Potomac River… gasp!), you’ll have a newfound respect for John Quincy Adams and his progressive views that helped shape our country.

·         The Adams Family: Across the Generations by Elizabeth Howard