Elections Around the World

$6.95
SKU
FAC2009
FACES September 2020. With Election Day just a few months away, the presidential election is big news. But this isn’t the only election you should know about. Learn about elections throughout the world.
Skip to the end of the images gallery 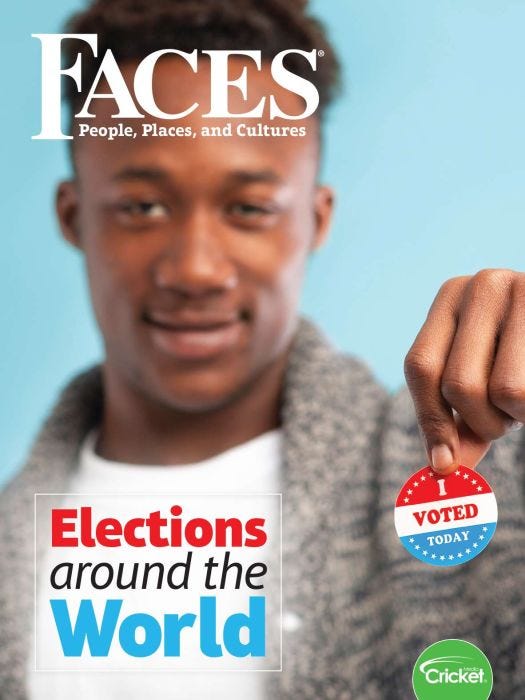 You’ve likely started seeing signs or ads about the upcoming election, where citizens are encouraged to cast a vote for the next President of the United States. But how do other countries pick their leaders? This edition of FACES reveals how elections around the world work.

From ancient voting practices to the various ways people can choose to vote today, you’ll take a world tour of the election process. Starting with a break-down of how the American election process works—including that often confusing “Electoral College”—and taking a quick nature break to learn which animals vote (seven different kinds!), FACES then takes you to Europe, India, Africa, China, and more understand their political processes. You’ll also get up close and personal with a previous president and learn about student government (you can be president, too!)

Regular features include High Five, At a Glance, Critter Corner, Where in the World, A Closer Look, Your Turn, Dear Kylie, Art Connection, Say What?, One Last Face, Contest, and a crossword puzzle.