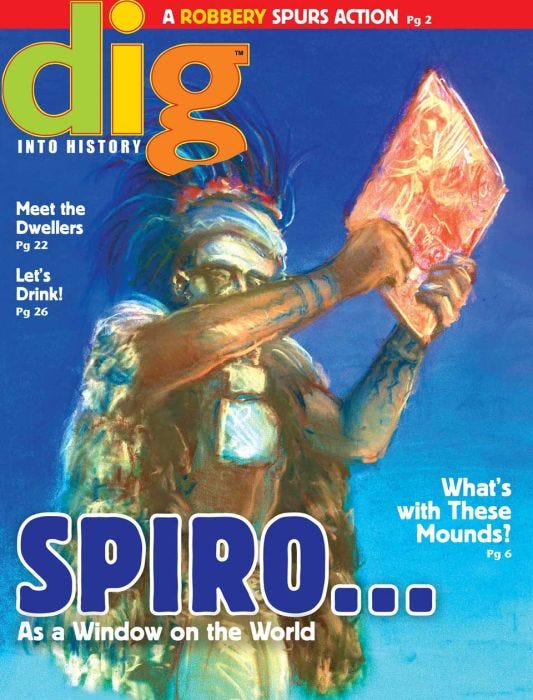 Skip to the beginning of the images gallery
Details
This month Dig takes a look at the Spiro mound archaeological site in Oklahoma, USA, starting with how robbers discovered the site in 1935 to the discovery of other mounds around the world, to a snapshot of what life in Spiro might have been like for those living there more than 750 years ago based on some of the artifacts found during the Spiro mound excavation. Other topics include a look at the carvings found on ancient cups throughout the world, how moccasins were made (try it yourself! Directions are included) a word search, and our Ask Away! feature, which answers letters from readers. Be sure to pair this issue with the October 2015 issue of Cobblestone, which also explores Spiro for an even more in depth look at the topic.