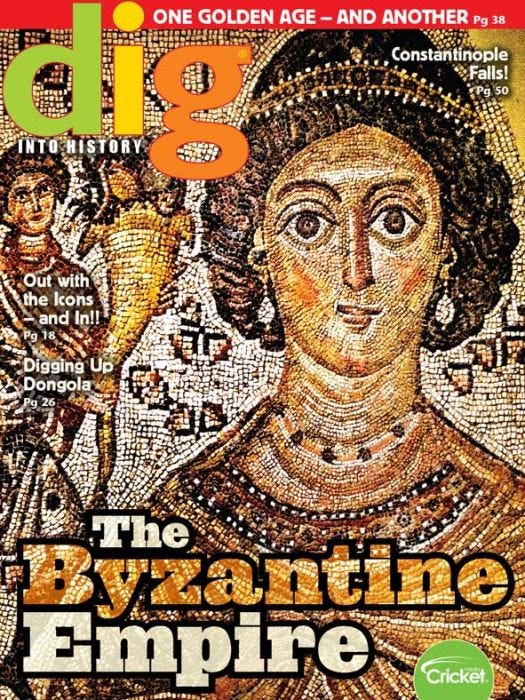 The Byzantine Empire is often referred to but rarely explained. This edition of DIG Magazine introduces you and your children to the eastern half of the Roman Empire that was home to Armenians, Egyptians, Greeks, Jews, Slavs, and Syrians—as well as a plethora of advancements that impacted the rest of the world and culture.

Trace the evolution of the Byzantine Empire from its politics and rulers, to its religions and languages, the golden ages, even to its name. As always, illustrations, photographs, handy definitions and fun facts, activities, and more help make the grand scope of this empire accessible.