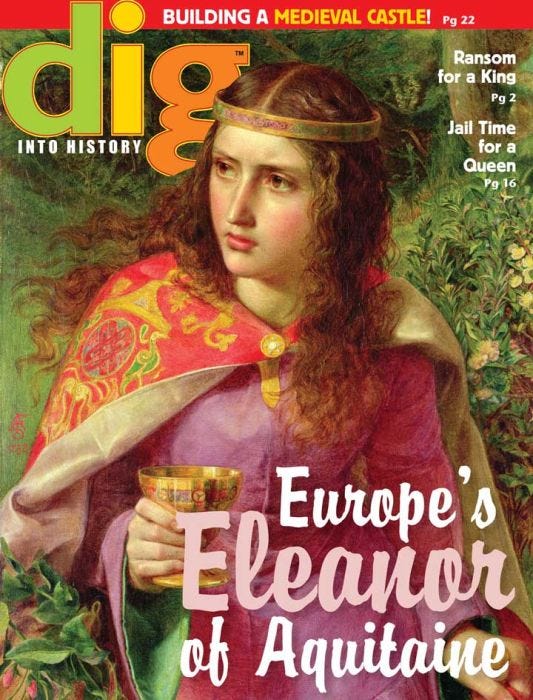 
Travel back in time to the Angevin Empire and meet Eleanor of Aquitaine, one of the most powerful and determined key players in 12th century international politics. Articles include:

Ransom for a King by Mary Morton Cowan

The Other ‘Aenor’ by Carolyn Fay

Heeding the Call to Action by Justin D. Lyons

Queen of England by Jane A. Beem

The Court of Love by Carolyn Fay

Guedelon: A Castle in the Making by Diana Childress

What a Family! by Diana Childress

A Coat of Arms by Jane A. Beem

Age Not a Factor by Dorothy M. Shepard

Heroine and Villain by Carolyn Fay