$6.95
SKU
DIG1805
DIG May-June 2018. Taking a distinct approach to studying slavery in America, this edition of DIG magazine focuses on what made the slave trade possible—the routes, ports, vessels, and people.
Skip to the end of the images gallery 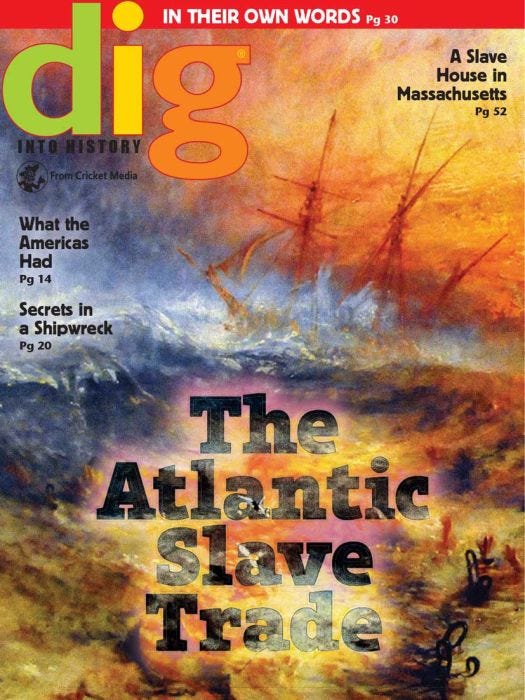 Taking a distinct approach to studying slavery in America, this edition of DIG magazine focuses on what made the slave trade possible—the routes, ports, vessels, and people.

While archeologists often dig into ancient history, there are just as many revealing new truths about relatively modern history as well. Looking at St. Helenas Island, an excavation revealed a great deal about the slave trade. Throughout DIG, you’ll find amazing photos from this site as well as notable new perspectives on how the slave trade was made possible. Dipping into everything from ocean currents to the languages, foods, and music that traveled along those ocean currents and took hold in America, DIG reveals a story you thought you new under a new lens.

The Ports—and the Routes by Richard J. Boles

The Driving Forces by Diana Childress

From Africa to America by Eric Arnesen

The Top 3 by Richard J. Boles

What the Americas Had by Eric Arnesen

Finally, an End by Eric Arnesen

Bounty and Bondage by Alexandra Chan