Welcome the winter season with a helping of holiday stories and animal adventures. 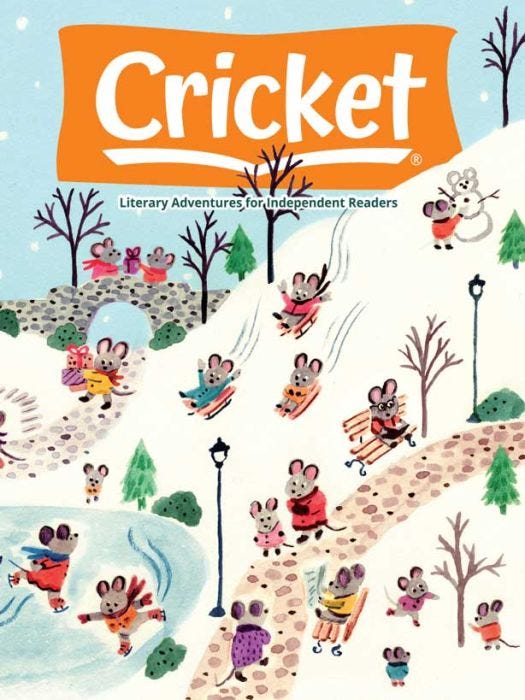 Cats, Christmas, and crackers are just a few of the surprises in this edition of CRICKET Magazine. Learn about “knocker-uppers” – who would knock on the windows of their customers to wake them up in time for their jobs. They were the first alarm clocks! Enjoy two stories and a poem about cats, and one story and recipe about cracker latkes. An excerpt from The Wind in the Willows inspires your imagination and the corresponding crossword puzzle gets your brain buzzing. Gorgeous illustrations, fun activities and games, and more make this CRICKET Magazine impossible to pass up, or put down.