$6.95
SKU
CKT2003
Read about the first “rock music,” a spy in ancient Babylon, and an Arabian girl’s hunting falcon.
Skip to the end of the images gallery 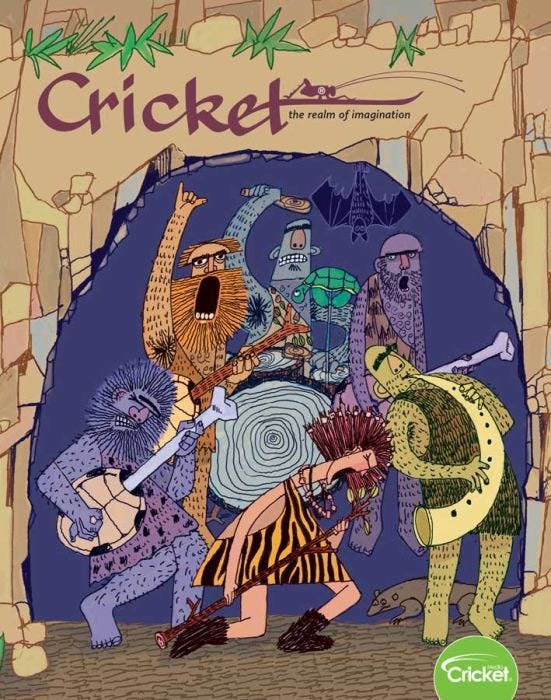 This edition of CRICKET Magazine just might rock your world. From an adorable poem about a pet rock to learning about rocks that sing, CRICKET Magazine teaches you how not to take rocks for granite.

Ever seen a rock rock out? Get a fascinating introduction to lithophones—rocks that make musical sounds. And if you’re in need of a little bit of inspiration, get to know Jack Metcalf, who was an accomplished diver, swimmer, card player, fiddler, and was known as one of the fathers of the modern road, despite being blind from age six. As always, CRICKET Magazine is chock full of fascinating stories, informational articles, engaging games, and charming poems from all over the world—and in some cases, out of the world.