The Revolutionary War in the South

COBBLESTONE Magazine September 2021. The Revolutionary War wasn't just fought in the North. Learn how the South played a big part in America earning its independence. 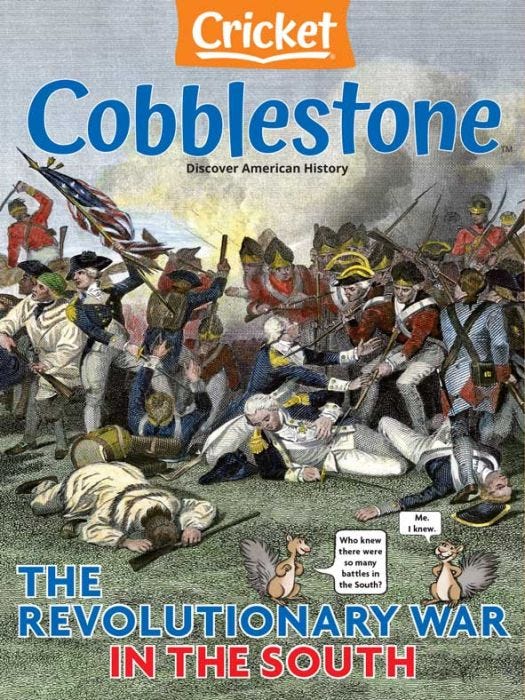 The Revolutionary War was a turning point for America, helping us to establish our independence as a nation. But who were the players in this world-changing battle? Meet the Loyalists, Patriots, and Partisans. Learn the roles they played and the famous names of the Revolutionary War in this illuminating edition of COBBLESTONE Magazine.

COBBLESTONE Magazine takes you on a tour of the major battles of the Revolutionary War, as well as provides a timeline of how things unfolded and progressed in the south. You’ll also learn about the secret supplies Spain provided, explore when and how France joined the revolution, and hear a story that puts you on the battlefield alongside the brave soldiers.