$6.95
SKU
COB1609
COBBLESTONE September 2016 single back issue.
Skip to the end of the images gallery 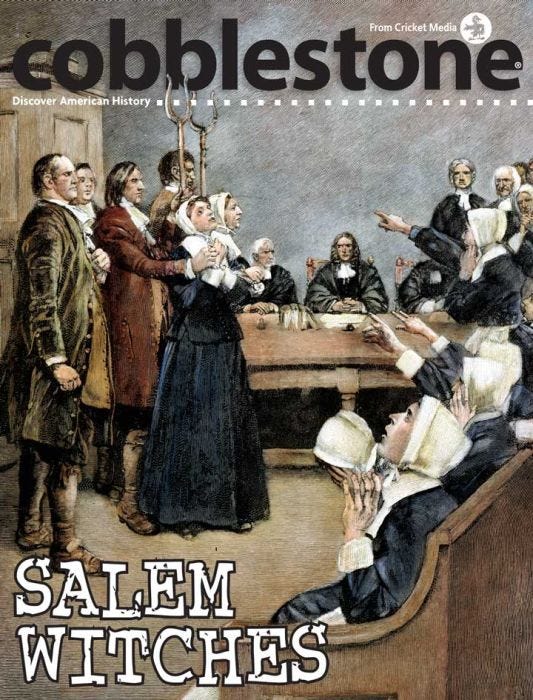 The Salem Witch Trials of 1692 are a topic that has fascinated readers of all ages for more than 300 years. This month’s issue of COBBLESTONE is delving deep into the fear and hysteria that caused 20 innocent people to be killed with articles such as:

Before Salem by Andrew Matthews

Stressed Out by Jennifer Raifteiri-McArdle

Order in the Court by Marjorie Rackliffe

The “Late Troubles at Salem” by Marjorie Rackliffe

Examining the Evidence: An Interview with Marilynne K. Roach by Meg Chorlian