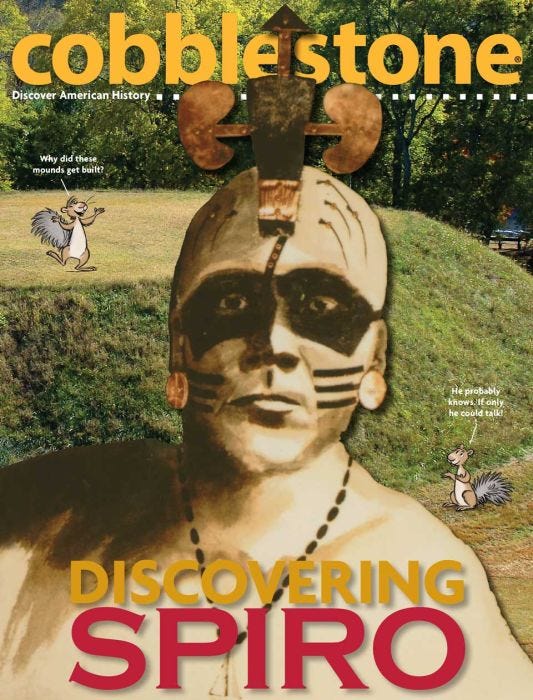 Explore the prehistoric Native American archaeological site in Oklahoma and discover the cultures, artifacts, and history of this ancient ceremonial and trade center. Articles include Ancient Mounds, which explores the mound builders and their construction methods, Cahokia Connections, which looks at the largest prehistoric settlement in the Americans north of Mexico, and Discovery and Destruction, detailing the original discovery of the site in in the early 1900s and its destruction by artifact hunters in the 1930s. This issue also features information about chunkey, a game played by the people at Spiro, photographs of prehistoric artifacts from the site, and a look at other Native American archaeological finds as well as a brain tickler, letters, and a just for fun section. Pair this issue with the October 2015 issue of Dig Into History, which also explores Spiro for an even more in depth look at the topic.