After the Civil War: Reconstruction

COBBLESTONE Magazine November-December 2020. In the years after the Civil War, Americans began the difficult task of rebuilding the nation. 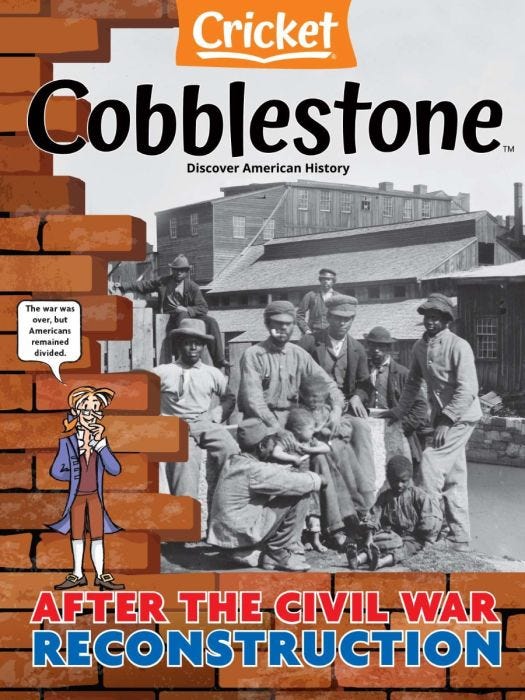 After the Civil War, America was facing unprecedented death, destruction, and divisiveness. While the Union had declared victory, that didn’t necessarily mean all citizens were in agreement. President Lincoln was not interested in punishing the South and hoped to heal the nation but adding to the pain the nation was already facing, he was assassinated in 1865. How did we inevitably succeed?

Dig into the period of unrest and uncertainty after the Civil War known as Reconstruction. Examine the relationship between the South and the North, freed slaves and ex-slave owners, and republicans and democrats of the period. Meet some key players who drafted the blueprints to a free and equal nation, as well as some who fought change and evolution. And dig into the first presidential impeachment in our country’s history. As always, factual history is brought to life with colorful images, helpful context, and engaging writing.