$6.95
SKU
COB1911
Cobblestone November-December 2019. The Haudenosaunee’s Six Nations Confederacy has left a lasting impression on the United States.
Skip to the end of the images gallery 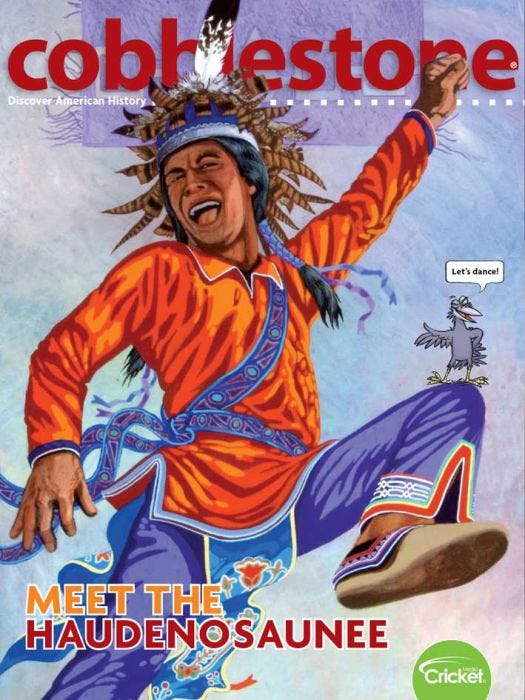 You may not be familiar with the Haudenosaunee people but this group of Native Americans nations has populated northeastern America for thousands of years and many of their traditions and contributions are still part of our modern world.

Get to know the fascinating history of the First Nations as you learn their customs, language, laws, culture, stories, and more. Uncover the story behind how the Mohawks, the Oneidas, the Onondagas, the Cayugas, and the Senecas came together and called themselves Haudenosaunee—named for the homes they lived in. Discover where Haudenosaunee people lived, what Haudenosaunee children did for fun, and the sport that the Haudenosaunee invented—which we still play today!