Road to the Civil War

$6.95
SKU
COB1611
COBBLESTONE November-December 2016 single back issue.
Skip to the end of the images gallery 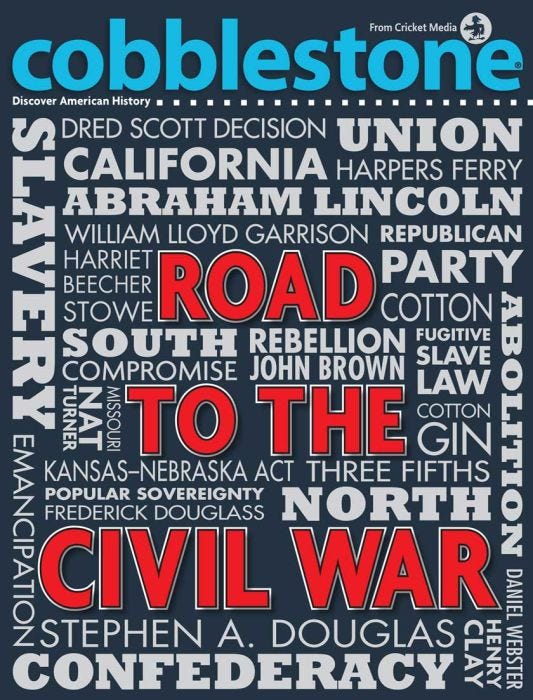 Eleven states leaving the union. Brothers fighting against brothers. The bloodiest battle ever fought on American soil. How could our country come to this? It turns out that there’s no simple answer. This issue of COBBLESTONE leads readers down the path to the Civil War, exploring how tensions rose between north and south for over fifty years before the first shot. COBBLESTONE unflinchingly recreates some of the most shocking events in American history, from slave rebellions, to Dred Scott’s court battle for freedom, to congressmen actually beating one another in the Senate Chamber! You won’t want to miss this enthralling issue, featuring articles such as:

Missouri Wants In by Andrew Matthews

The Call to Fight: Slave Rebellions by Marcia Amidon Lusted

A Compromise to Save the Union! By Heather Cox Richardson

Weighing In by Andrew Matthews

A Route for the Railroad by Marcia Amidon Lusted

Regular features include: Did You Know?, Going Global, Brain Ticklers, Your Letters, Just for Fun, Dr. D’s Mystery Hero, Spotlight On…, Say What?, Cartoon Connection, and a crossword puzzle.