CIVIL WAR STORIES YOU SHOULD KNOW

$6.95
SKU
COB1511
COBBLESTONE NOVEMBER 2015 single back issue.
Skip to the end of the images gallery 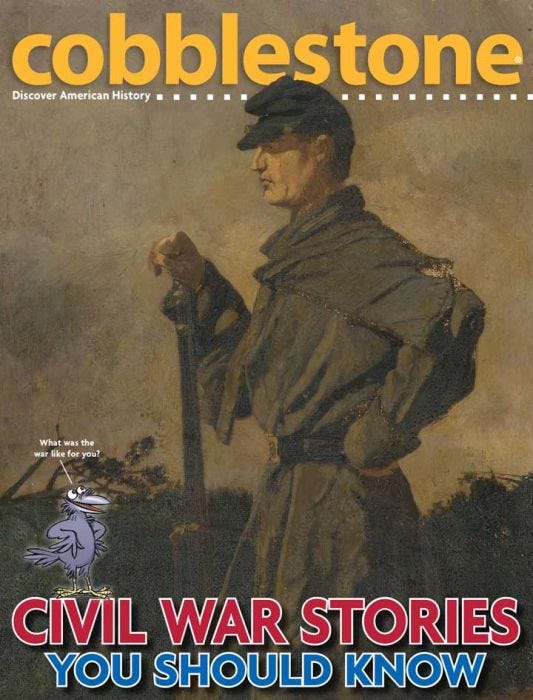 In this issue of Cobblestone, we explore some lesser-known (but worthy of noting) people who lived during the Civil War, including Thaddeus S.C. Lowe, who built a hot air balloon and served as a spy for the Union army and Dr. Mary Edwards Walker who was the first woman doctor to serve solders in the Union army. You’ll also meet inventors Martha Coston and John Ericsson, and heroes such as Robert Smalls, Joshua L. Chamberlain, and William H Carney, who started life as a slave and died a hero of the Civil War. Additional features include a Civil War People crossword puzzle, Dr. D’s Mystery Hero, and Just for Fun.