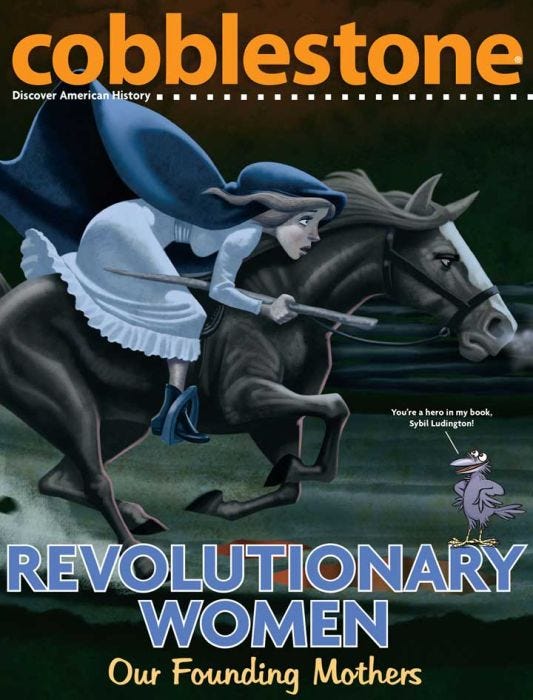 The story of the American Revolutionary War is often summed up by a list of men who led the colonies to their eventual victory over British forces. But at the beginning of the war, about half of the 2.5 million people living in the 13 Colonies were women. Discover some of women who stepped in and stepped up to support the fight for American independence with articles such as:

A Different Story by Gina DeAngelis

Women Under Cover by Catherine Allgor

Spreading the Alarm by Andrew Matthews

Women of Color by Gina DeAngelis

Weighing In With Words by Andrew Matthews

Organizers for the Cause by Gina DeAngelis

Regular features include: Time to Eat!, Who Am I?, Did You Know?, Going Global, Brain Tickers, Your Letters, Just for Fun, Dr. D’s Mystery Hero, Spotlight On…, Say What?, and Cartoon Connection.