COBBLESTONE Magazine January 2021. They risked their safety and their lives for civil rights. We remember their names and their stories. 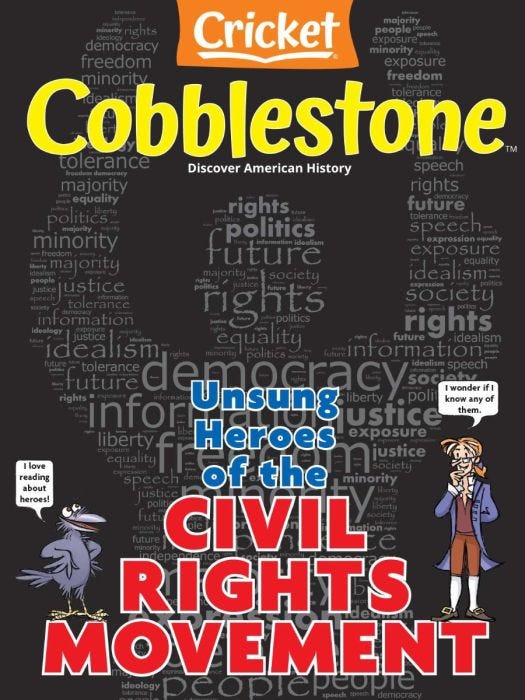 When we think about the Civil Rights Movement, we often think of Martin Luther King and Rosa Parks, but there were hundreds, if not thousands of individuals who made meaningful contributions and helped bring about change during this pivotal movement in American history. In this edition of COBBLESTONE Magazine, you’ll get to know more than two dozen of these unsung heroes.

John Lewis, Coretta Scott King, and Victoria Gray Adams are just a few of the folks featured in this fantastic COBBLESTONE Magazine, which shines a spotlight on the 1950s and 1960s and the crusade towards equality for all. In addition to learning new names, your kids will discover some of the game-changing moments and movements that helped the Civil Rights Movement gain attention such as the Greensboro Four, the Little Rock Nine, and the March on Washington.