$6.95
SKU
SDR1611
SPIDER November-December 2016 single back issue.
Skip to the end of the images gallery 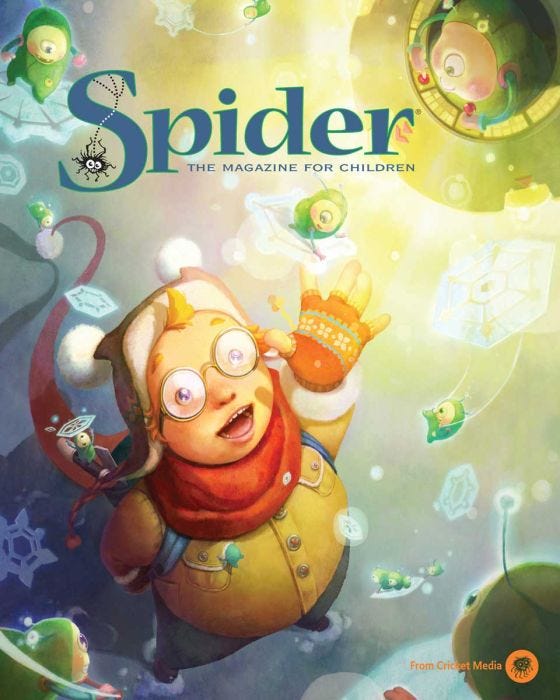 It’s time for a Thanksgiving feast! Bring on the… snail gravy and helium-filled turkey? This issue of SPIDER is throwing a holiday celebration that’s out of this world—literally! Join detectives looking for a lost dog on planet Mercury, follow the day in the life of an alien, study the stars, make galaxy slime, and learn about winter solstice, the day the North Pole is the furthest from the sun. As days grow shorter, join Lilu and her family as they celebrate Diwali, the Indian New Year and Festival of Lights. You may even get to make some delicious Indian ice cream! Stellar stories, poems, and activities include:

A Day in the Life of an Alien by Mike Shiell

What’s a Solstice? By Elizabeth Preston