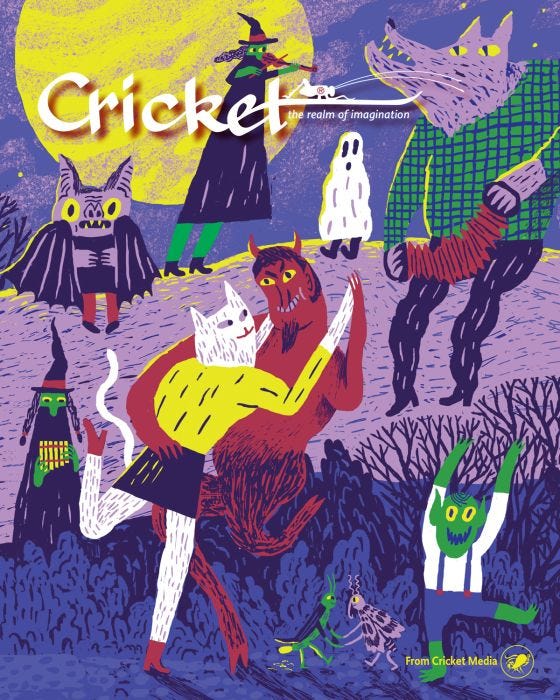 It’s almost Halloween, when monsters roam the streets and the witching hour lasts all night long, and you’re tired of hearing the same old ghost stories. But have you ever heard a kappa story? Or a thunderbird story? How about a story featuring jiang shi, the Chinese zombies? Encounter a whole host of new monsters in this issue of CRICKET, including the terrifying Vanishers. Journey to a medieval castle, join Roman twins Statius and Caeso for the next chapter of their adventures, and read an interview with the man behind the mask of many of your favorite movie monsters. And don’t forget to take our quiz to figure out which lesser-known monster you are. You may just find your next Halloween costume! Spine-tingling stories, poems, and activities include:

Life of a Leaf by Buffy Silverman, art by Shelly Hehenberger

The Man in the Monster Suit by Shelley Walden

Which Monster Are You? by Ginger Garret, art by Julie Paschkis

Hope on High by Lindsay Koch, art by Bethanne Anderson

All for a Lizard by Nell Wright, art by Agnese Baruzzi