Enter a world of Centaurs and Dwarves, sisters lost in space, meowless cats, and the real Robinson Crusoe. 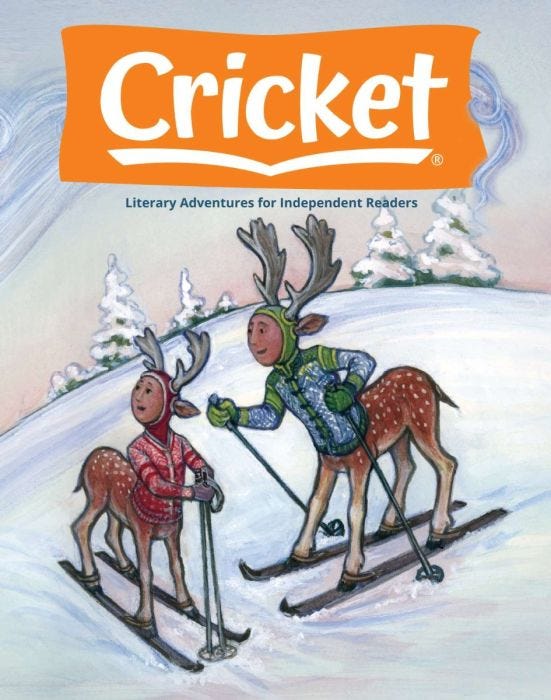 CRICKET Magazine always inspires and delights with stories, poems, games, and more. This edition is no different. From a folk tale from Russia to futuristic fantasy piece, your child’s imagination will soar around the world and through time.

Get to know Jessalyn’s unusual cat, Katerina’s bright falcon, and some furry, fuzzy Shetland ponies. Plus, follow the plight of a pirate and the first part of a science-fiction tale you won’t want to put down. As always, CRICKET Magazine is chock full of gorgeous illustrations and vocabulary helpers to ensure your kids remain engaged and entertained.