COBBLESTONE Magazine May-June 2021. Harry S. Truman did not aspire to the become U.S. president, but he turned out to be an excellent choice. 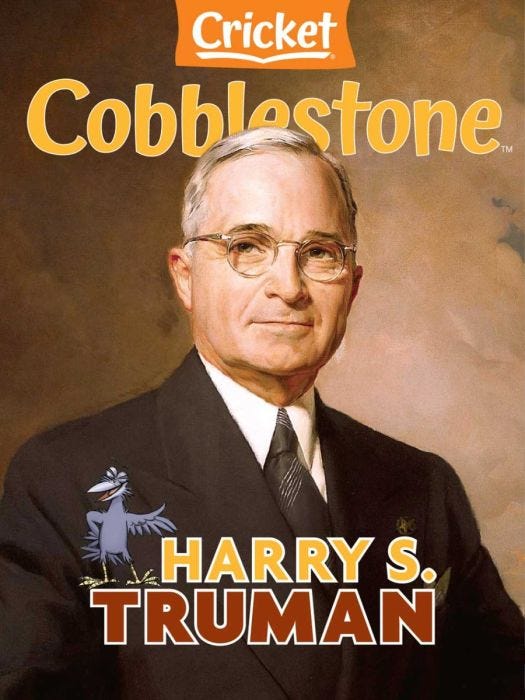 Hey Harry! Get to know the 33rd President of the United States, his history, his family, his beliefs and politics, his homes, his role models, and how he came to be a president in charge of making decisions during one of the most pivotal points in world history.

Harry S. Truman became president during a turbulent time in American history, made some extremely impactful decisions that not only affected the country, but the world at large, and also spent the majority of his time after being President answering the information line in his local library. There are many levels to this important yet often overlooked president and you can get to know them all with this edition of COBBLESTONE Magazine. You’ll also take a brief jaunt around the globe to meet other famous folks during the time of Truman to get a context of what the rest of the world was like.