It’s Time for the Olympics! 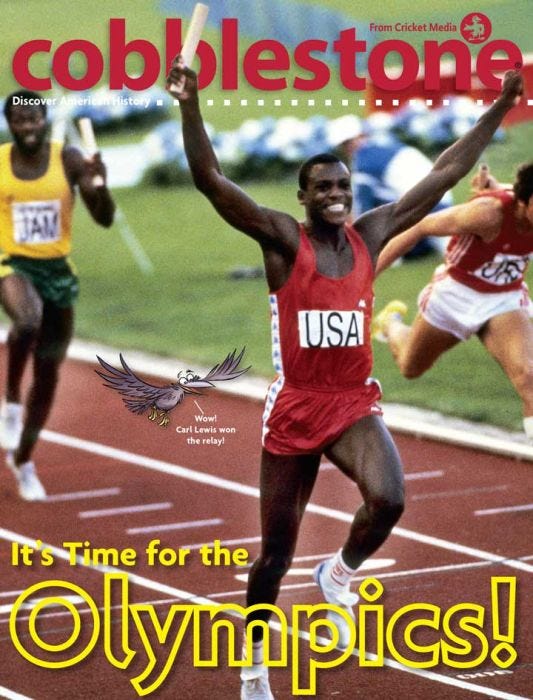 This month’s issue is devoted to a look at the Summer Olympics from the ancient Greek games to the modern era with articles examining the history of the symbols associated with the Olympics, highlights from different cities, and profiles of famous U.S., athletes. You’ll also find activities that introduce kids to the range of sports that are covered in the Summer Olympics as well as an interview with wrestler Logan Stieber that explores the training athletes go through before they even get to the Olympics.

The Modern Era by Jackson Kuhl and Andrew Matthews

The Ancient Art of Athletics by Will Bremen

Name the Games by Will Bremen

A Who’s Who of U.S. Athletes by Marcia Amidon Lusted

Extraordinary Athletes Get Into the Game by Kathiann M. Kowalski