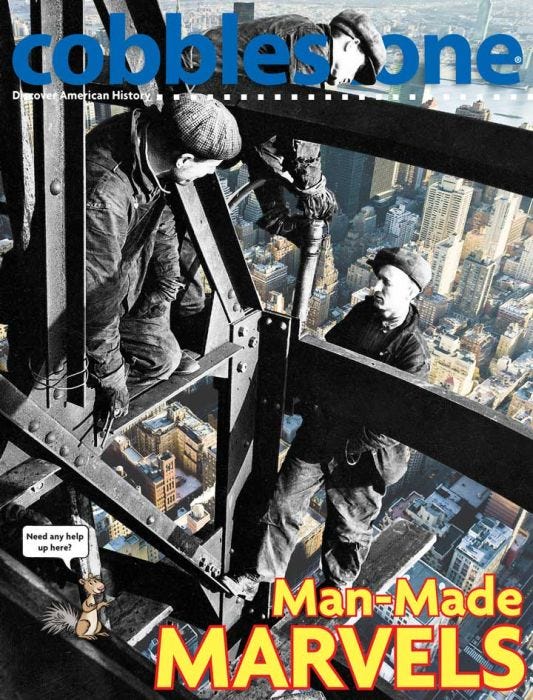 Discover some of the iconic structures that have become examples of mankind’s ability to create astounding things, from the Brooklyn Bridge to the Hoover Dam to our country’s interstate highway system. In some cases these structures reflect the effort to recognize a problem or an issue and solve it. In other cases, they represent how Americans have chosen to commemorate important people or historic events. Read about some of the symbols that have transformed how Americans interacted with and pictured themselves in the world around them in articles including:

A Great Enterprise: The Brooklyn Bridge by Eric Arnesen

Guarding the Bay: The Golden Gate Bridge by Mark Clemens

In Memory of the Man: The Washington Monument by Harold Holzer

A Symbol of Friendship: The Statue of Liberty by Ann Jordan

Peaks of Steel: The Willis Tower by Eric Arnesen

Controlling Water in the West: The Hoover Dam by Marcia Amidon Lusted

Connecting the Country: The Interstate Highway System by Eric Arnesen

Hovering Above Seattle: The Space Needle by Marcia Amidon Lusted

Out of This World: Deep Space Observation by Kathiann M. Kowalski

Regular features include: Did You Know?, Going Global, Brain Tickers, Your Letters, Just for Fun, Dr. D’s Mystery Hero, Spotlight On…, Say What?, and Cartoon Connection.