$6.95
SKU
CIC1611
CICADA November-December 2016 single back issue.
Skip to the end of the images gallery 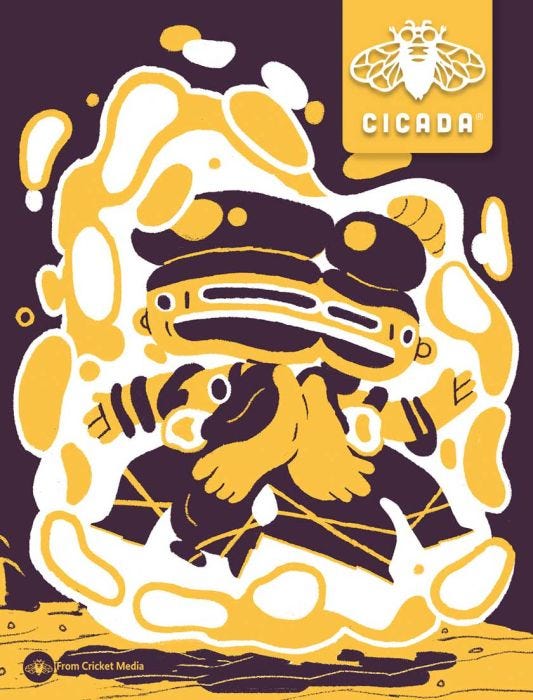 This issue is all about duality—doubles, division, dyads, and dichotomies. In these pages, you will find shape shifters, soul mates, evil doppelgängers from the shadow dimension, and all manner of things that come in two.

By night, Mercury is the queen of her wolf pack, terrorizing the streets. By day, she goes home to her beloved girlfriend, Violet. When she realizes the consequences that her moonlit battles could have on the person she loves most, Mercury must make a difficult choice. Read more in Phy Tran’s hair-raising story, “Wolf-Queen Buys a Candy Bar.”

Imagine a world in which soulmates are not only real, but compulsory. In Debbie Urbanski’s story, “The Thread,” people are tied to one another by threads as literal and as painful as flesh and blood. But what happens when one young woman decides to cut her lifeless bond?

In Kelsey Wroten’s comic, “The Paradox,” Apollonia learns about the ancient myth of an unstoppable hunter pursuing uncatchable prey and realizes that the existence of human souls creates just as powerful a paradox.

And Elizabeth Preston has created a surreal emoji horoscope that must be read to be believed.

“No Country for Black Boys” by Joy Priest