ASK Magazine May-June 2021. Math is all around us, even if we don't think it is! From birds, to airplane pilots, to construction workers, see how math shapes the world around us. 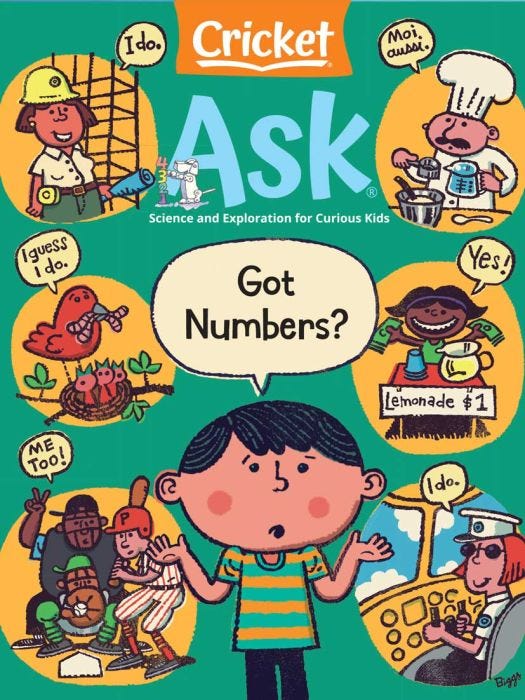 This edition of ASK Magazine has got your number! From math, to telling time, to weighing things, to building things, see how important numbers are, where they came from, and how to master number tricks so you can beat the odds.

Maybe you’ve used a calculator to solve a complicated math problem or a computer to work out a complex algorithm. These may feel like modern tools but variations of them existed even in the ancient days. Travel back in time to see how people used tools to help with math, engineering, weight, physics, and more. Ancient pharaohs in Egypt worked with fractions and Ancient China had five sets of numbers depending on what they were counting. And if you’ve ever used your fingers to help you keep count, consider that the people in some Pacific Island cultures assign numbers to all the parts of their body to help them count. Once you’ve learned about the history of numbers, see what crazy things we are doing with them these days, including magic tricks, secret codes, and teaching animals to count!