Can We Be Friends?

ASK Magazine February 2022. What makes a good friend for a baby hippopotamus, a vampire bat, a librarian, or the kid next door? 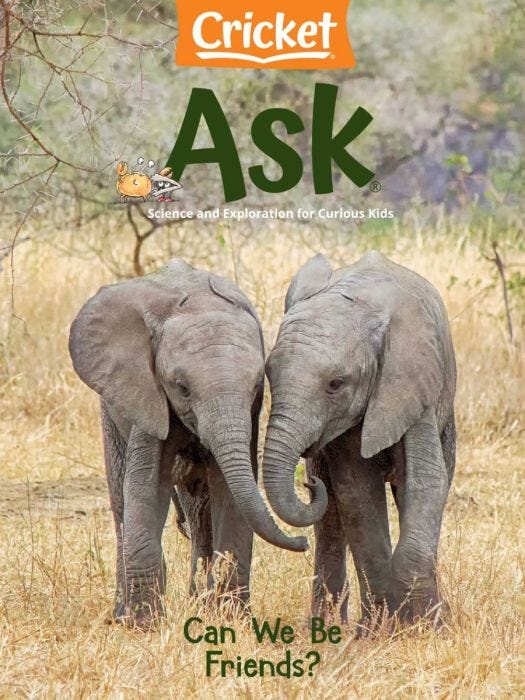 This edition of ASK Magazine looks at animal relationships. We know most animals are social creatures, just like us, often eating, sleeping, and traveling together, but do they value “friends” the same way humans do? The touching stories of friendship between a tortoise and a hippo, cheetahs and dogs, as well as behaviors such as chimpanzees “kissing and making up” after a fight, suggest they might. Plus, you can learn about other skills animals have that mimic things we do—such as the bird version using of a loofah. Lastly, learn some very human traits to help you make and keep friends, such as how to tell a joke, how to make a fortune-telling game for you and your friends to play, and a folding craft that provides a truly unique Valentine’s Day card.